33 replies to this topic

Two hours before the start of the classification, in the server I noticed that in some partials I was two seconds slower, but after a brake everything was back to normal. I went to the options screen and when calibrating the axles the brake was tight or moved irregularly : diagnostic potentiometer dirty, simple solution clean it. But I had to remove the pedal from its pedestal, disconnect it from the steering wheel (my equipment is a very used but reliable G27), disassemble the pedals, remove the potentiometer, disassemble it, clean it with alcohol and reassemble everything.
Easy is to write it, another is to do it in less than two hours. Like in real life when in the warm-up session an unforeseen problem arises and you work against the clock.
Five minutes before the start of qualifying everything was set up and tested on the track. It worked perfectly, and I did the classification with the race setup, that is with the tanks full of fuel. Anyway I was fourth, and the race was long in a circuit with places that can give surprises, because they seem easy but you can end up making castles in the desert sands.
I started very well to my surprise, I won a position, which was two before the first curve because Peter blew his engine. After the first curve I wanted to be careful with the cold tires in the slow curves but it was no use because in Virage Boulevard Alexandre I received a blow from behind that left me with the car somewhat beaten in the middle of the Sahara. I let the whole group pass, the car had remained quite well. In the braking of Virage Ain Diab I find two or three cars across, I can not help but hit one of them, I am very sorry but I had nowhere to go and was standing on the brake pedal with both feet. Again in the sand and back to climb in queue. I was doing quite well, with almost half a race to run I was third and approaching the second, when on the Route Azzemour-Casablanca I stay with the monitor off, surely product of all the movements made to take out and put back the pedal, when he returned the image was in the middle of a group of camels somewhere in the desert. Escape key and waited for the next season.
Thanks to all of you for making possible this jewel that this league.
Congratulations to George an undisputed champion.

Thanks Bo and commish for taking the time to organize this

I appreciate the kind words about my fortune in hanging in to finish a distant second to George in the D2 standings, but the simple truth is that there are eight or nine guys in the division who can kick my aging ass wherever and whenever they choose. I was the beneficiary of being the last of the G2 cohort to be promoted this season, so while all my G3 and G4 competitors were gaining points at their scale, I was mopping up much easier points at the G2 level. During that time I managed two seconds, a third, two fourths, and a fifth. That gave me a scoring advantage that would be next to impossible to throw away, even for me.

Still, this has obviously been the best of my five years in oAo. I owe debts of gratitude to my TLs and teammates through the years who have not only borne my hysteria but have made me a better driver and competitor than I really am. How can anyone repay such debts? They can't, but I'll be back next year to give it a try, and maybe with 45/60 ramp angles.

Many congrats to George for the win, and D2 championship! I don't think anyone will ever break this record season with 14 wins! What a pleasure to work with you, mate.

Best of luck in D1

Also congrats to Pepe clinching the vice-championship! Great to see you improving buddy! And also well done to Peter for 3rd in the c'ship, with a maiden win as tie-breaker. 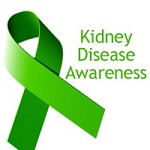 Don was noticeable by his absence. I trust he is ok?

Yes, just had a bad day.  Thanks for your concern, Ronnie.

Are the results of the last race in some doubt?  It's not going to take as long as the US election, is it?

God I hope not, and Im sure you dont Ronnie, after having had to persuade a three legged donkey with a carrot on a stick for the last few races. HE HE.

Damn right, Tim! I want to know it was all worth it!

race results/standings ?? what are you referring to Ronnie?
if you're not seeing it, try a refresh of the "frame" they were updated last night (Sat)

Thanks Bo!  When I clicked on the link, it just kept bringing up the same page, but when I did F5, it did refresh it.

Ctrl+Shift+R or Ctrl+F5 in that case. Browsers tend to save pages along the route for quicker retrieval, that can cause that updates are not shown on reload. The ctrl+ forces the browser to get the page from its source.

A beautiful championship, worthy of oAo

I thank all the brothers of the tracks, for the great battles.

All of them very clean.

Thanks to Master Bo Bruce, for dedication to the league and our simulator.

Congratulations Higdon and Lohmar for winning second and third place.

And what a victory George, starting behind the pack and winning the race!

I can't wait to start another season.

Be well, be strong!